Inline Nested Input Panels A new design for intuitive and faster use of input panels in Applications. Read more here     Knowledge Graph Knowledge Graph, the improved replacement for Connection Graphs allow for more flexibility and can accurately visualize associations with multiple attributes used as connections. Read more here inorigo Launcher A brand new Launcher has been introduced for the Model Builder and Application Builder clients. Java Webstart has been replaced with a new Launcher that downloads and installs all the necessary java files automatically. The modules are opened in the same way as before, through your inorigo Workbench. Read more about the Launcher here Parameters in Knowledge Sets A new interface has been introduced for handling Parameters in Knowledge Sets 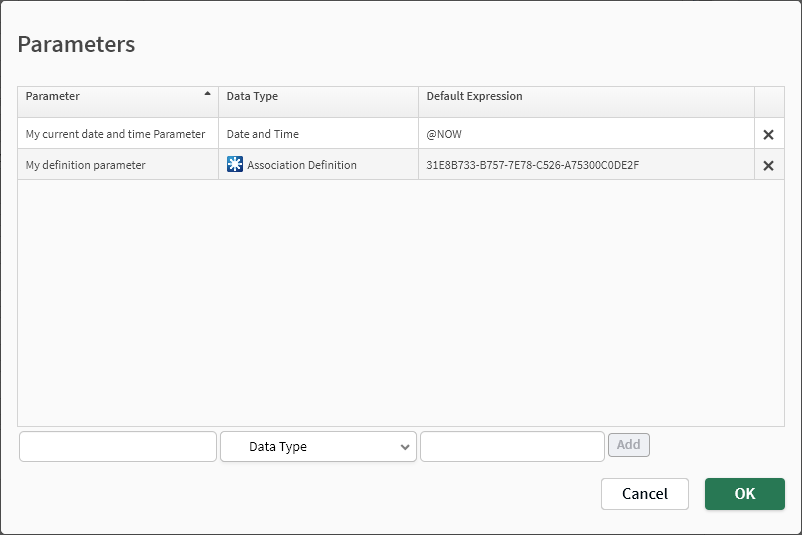 Component handling Component layering management Selecting a component no longer places it on top automatically. To manage layering, the following functions have been added to the right-click menu. Bring to Front =Target component is placed at top front Bring Forward = Target component moves 1 step forward from its position in the layers Send to Back = Target component is placed at the very back Send Backward = Target component moves 1 step backward from its position in the layers. Copy and Paste Components All types of components can now be copied and pasted. Right-click a components header/anywhere in a panel to copy/paste .   All components that are copied and pasted holds the same settings and links as the original component. Read more about the functionality here Multi Component Selection From the View Navigator, multiple components can now be selected simultaneously for multiple copy or delete. Add to your selection by using CTRL + Click Save Selections Selections in Applications can now be bookmarked with customized tab focuses and distributed within the team. Simply press

to book mark your selections. 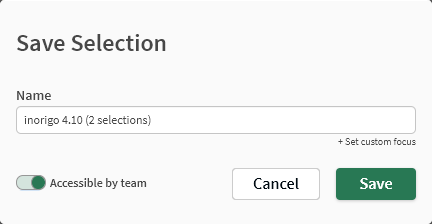 And use Load selection or your workbench libraries to find bookmarked selections. Read more about Save Selections here   Focused Application components and panels via the URL A simple variable can be used to set a focused component or panel when an Application is loaded. Simply add the following parameter to the URL &focus= targeting the components ID/name/variable name. The functionality allows for multiple focuses in applications with split panels, use save selections or direct URLs to access your custom focuses. The parameter is also available over the API. Read more about Application focus here Curly Brackets can now be used in Expressions A new and preferred way to write variables in expressions have been introduced; To enclose the variable name in {Curly Brackets}. Example of Person presentation: {First Name} + ” ” + {Last Name} Notice that the other way of writing variables with @ remains applicable. Export Knowledge Sets

Recursive filter components based on relations have a significant performance improvement.

(4.10.1) Notification added to attributes that are expression based in Knowledge Set Builder

Certain expression based attributes have negative impact on the performance of knowledge sets. Users can distinguish such attributes from regular ones when building Knowledge Sets.

(4.10.1) Definitions for Filter components deriving from Knowledge Sets are now automatically given

This enables functionalities for filter components that requires a defining unit in the search panel, such as quick setup for nested input panels.

Since the Knowledge Graph and Connection Graph differentiate in how certain structures are visualized, both graphs are now available for use.

Expand-card icons have been replaced and visualization of association multiplicity is more consistent with attribute multiplicity.

To prohibit accidental loss of data users are asked before going backwards in the Workbench and Applications whenever a dialog is open.

Clarifications to Data Sources and Connections

When editing connections and Data sources, the finish and next step button is removed. Users instead toggle to any desired step and are able to press save whenever a change has been applied.

$GET no longer throws an exception (“Get needs at least…”). Instead a null value is returned.

Accuracy of the world map plotting has been increased for the non standard referenced geographical locations. 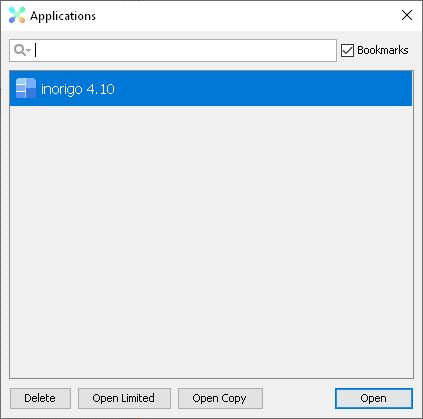 Sidebar close icon: The “pin” has been replaced with

Filter Editor run button: The play has been replaced with

All trash can icons has been replaced with

inorigo 4.10 runs on the latest release of Tomcat, OpenSSL and Vaadin to ensure a secure environment.

Inorigo is fully supported by the following browsers: Chrome, Firefox (may require a plugin to display Xframes content in applications, Edge and Safari (Mac). Users with other browsers now receive a warning. This is to ensure that inorigo runs on browsers that are compatible with safe and up to date protocols and standards.